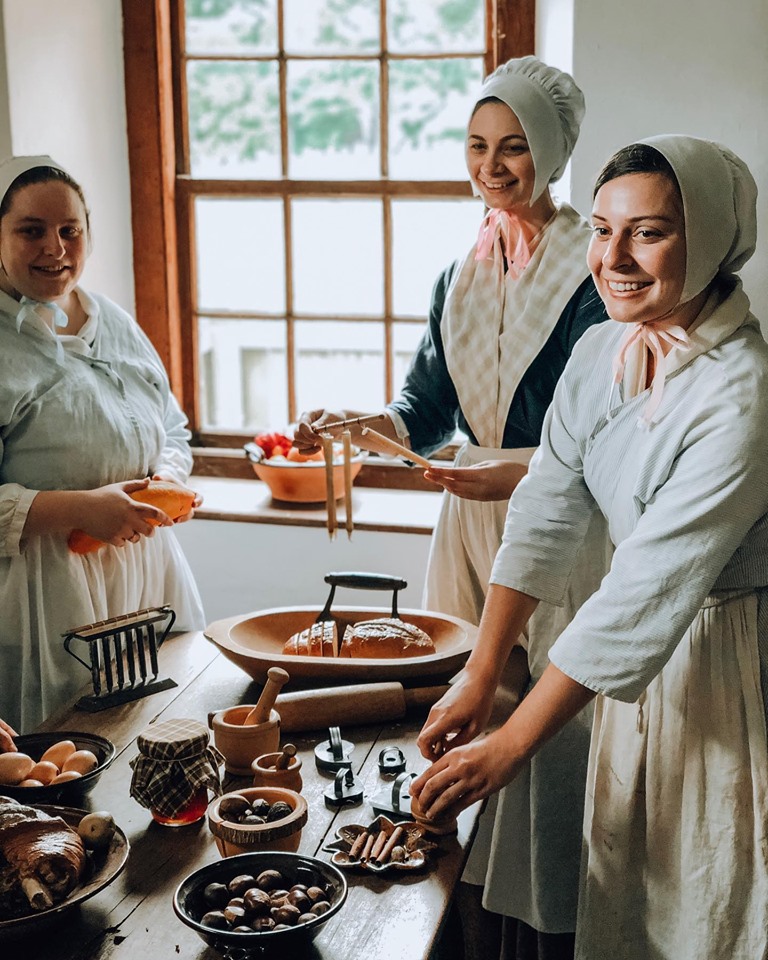 “The Birthplace of Winston-Salem: A City of Winston-Salem Park and National Historic Landmark, Bethabara is the site of the first European settlement in the Piedmont Triad of North Carolina. In 1753, fifteen Moravians set out on a long journey down the Great Wagon Road from Pennsylvania to North Carolina and settled a small village, naming it Bethabara or “house of passage.” By the 1760s, Bethabara had developed into a bustling town of commerce and trade, with a profitable brewery and distillery (the first commercial operation in North Carolina), a pottery shop, and a tavern. After the completion of Salem, the population of Bethabara decreased, but remained an active agricultural community through the early 20th century. Today, the park offers free special events for the community, 183 acres of wildlife preserve, historic gardens, over 10 miles of trails, centuries-old buildings, a reconstructed French and Indian War palisade and colonial village, and the 1788 Gemeinhaus Church, the oldest standing church with attached residence in the United States. We also offer affordable tours of the Gemeinhaus and Log House to walk-in visitors during Visitor Center open hours ($4 for adults and $1 for children.) Please call ahead to schedule a group tour of more than 10 people.”