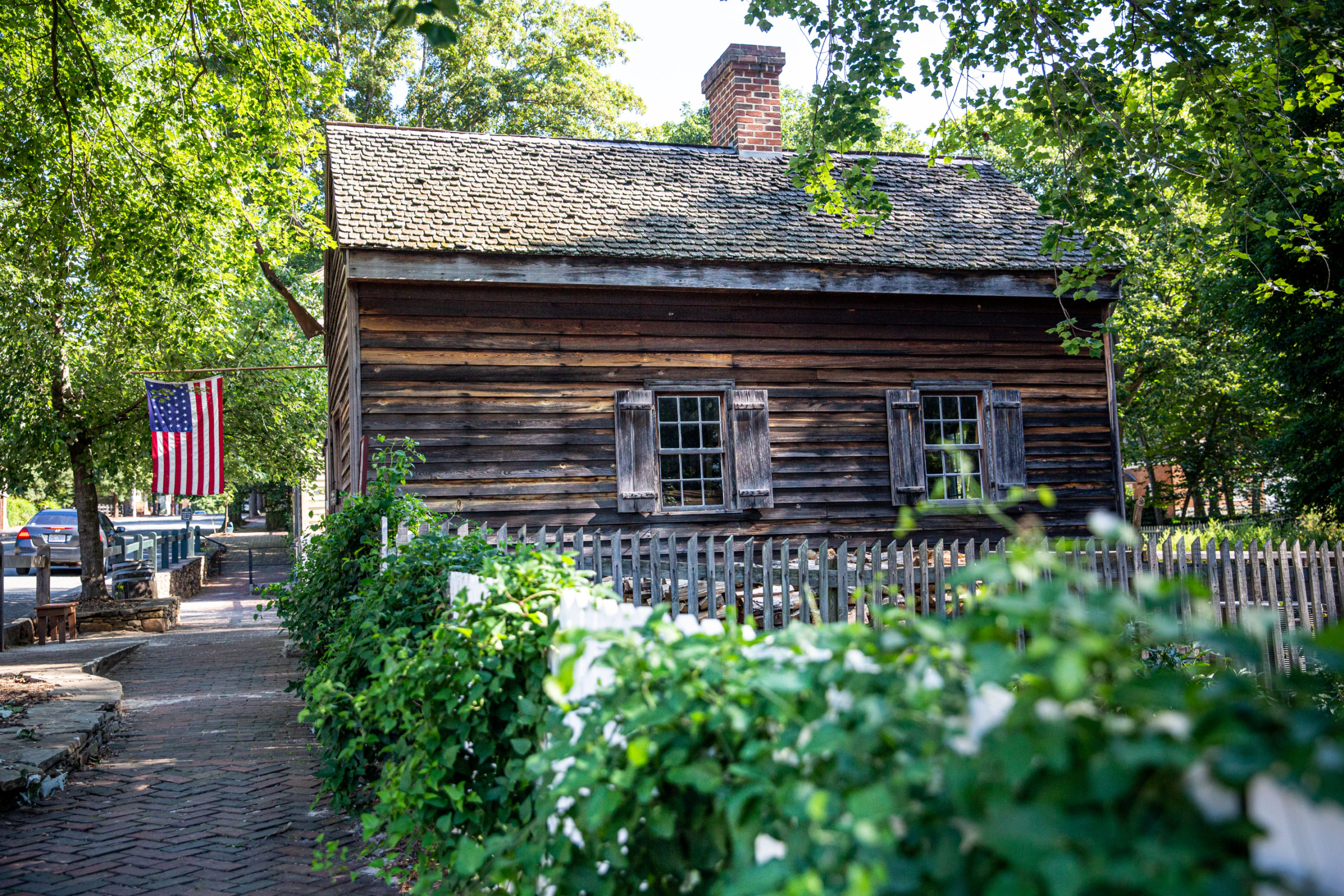 Few topics are more sensitive than the history of enslaved people in the South. But at Winston-Salem’s Old Salem Museums & Gardens, researchers are leaning into the conversation. Their goal? To reveal the hidden legacies of the African American people who lived, worked, struggled, and achieved here — and restore their rightful place in our history.

Building on decades of archeological, genealogical, historical, and ethnographic data, historians at Old Salem feel a special responsibility to reclaim and reveal the impact of these unknown African Americans.

Called Hidden Town, the groundbreaking project draws on the vast resources of the Moravian Archives in Winston-Salem which safeguards the records of the Moravian Church in the South and includes photos and artifacts ranging from maps and historical data to journal entries, preserved objects, and personal memoirs. The records provide historical information that is not typically available for enslaved people. Old Salem is building information on individuals and the dynamics of the community with the goal to reconstruct a portrait of life for African Americans that has been largely overlooked, much like a hidden town living underneath the surface.

Launched in 2017, Hidden Town was always intended as a visitor-centric experience. Starting with a single room designed for quiet reflection in what was once an enslaved family’s living quarters, Hidden Town has slowly infused the lost stories of 18th and 19th-century Salem’s African American community in every aspect of the living Museum. The experience includes an immersive, first-person audio, video, interpretive and living narrative of historic Salem’s African American community.

Visitors begin their Hidden Town journey at Old Salem’s historic log church where they watch a short film for context. Next, visitors listen to pre-recorded narratives inspired by the lives of 10 enslaved individuals. Stories are told in the first person and feel as if each historical figure is talking directly to you. Some of the stories are emotional and painful to hear. Outside the log church, visitors can pause to reflect at more than 130 gravesites, many of which remain unmarked.

From there, a costumed interpreter in period dress guides visitors into the historic St. Philips Moravian Church to retell the story of the public pronouncement of the end of slavery in the very room where it happened.

As Old Salem’s Director of Moravian Research, Martha Hartley explained, “This is a connection to history like no other. St. Philips is the oldest standing African American church in North Carolina, and here you are, sitting in the same pews where enslaved people heard they were free. You learn the story of nearby Happy Hill, the first African American neighborhood in Winston-Salem, and the Freedmen who established one of the first schools for black children in the South. You hear the impact of these lives, often for the first time. People weep. It is real. It is moving. It is truth in history. It’s incredibly powerful,” she said.

A Unique View of “Urban Slavery”

Historic Old Salem is a living museum, which means it uses costumed interpreters, first-person narratives, audio tours, live demonstrations, artifacts, baking, cooking, music, gardening, and other hands-on activities to paint a truly immersive portrait of early-American Moravian life for visitors. For Hidden Town, researchers wanted to do more than just acknowledge the complex history of slavery within the southern agricultural community. “Part of our work in uncovering the Hidden Town is to authentically reveal the lives of the individuals, where they lived and worked, and who they were as human beings,” Martha said. “The story of slavery in Salem changed with time, and by the early 1800s the community was becoming more Southern American, the church was segregated, and the number of enslaved people in the town grew. Just before the Civil War, about 135 of the town’s people were enslaved,” she said.

Because Salem was a religious community, all decisions for the community had to be approved by the church. In the beginning, no individual could own another person. Gradually, the church began hiring both free and enslaved laborers and then purchased their first slaves. Early on, the number of Moravian-owned slaves was low. In some cases, enslaved people went on to join the church, becoming full and equal members of the spiritual community, despite their very real human bondage.

“Salem was a town of trades and professions, and slavery here was urban slavery, not plantation slavery. Enslaved people worked in varied ways and were truly builders of the town. Research indicates most enslaved people lived in their enslaver’s house in town or in an outbuilding on the lot, and others may have lived on outlying farm lots. Salem was a predominantly German-speaking place, and many enslaved spoke English and German. Some learned to read and write, joined in worship, earned their own money. People often married and had children, leading to generational slavery, and a major goal of the Hidden Town Project is connecting with the descendant population today. It is a complicated history, and we have more to learn and much yet to do,” Martha said.

When You Go, You Should Know

The Hidden Town Experience is part of the regular admission to historic Old Salem Museums & Gardens. To see all available ticket options, as well as an overview of upcoming programs, click here.

To help as a research volunteer for the Hidden Town Project, click here to fill out an application.

If you have any information, or if you are a descendant of an enslaved individual, please email us at [email protected] .