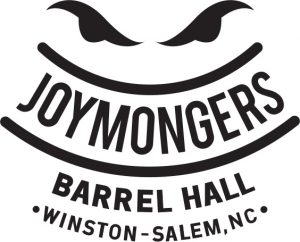 Joymongers Barrel Hall is one of the few breweries in the nation to dedicate its production of special, barrel-aged beers in a separate facility with its own taproom. Dedicated to spreading joy, one pint at a time, Joymongers serves up the traditional craft varieties such as IPA’s, Pale Ale's, Lagers and Stout’s while also creating new beers by aging them to perfection in fresh bourbon and wine barrels.