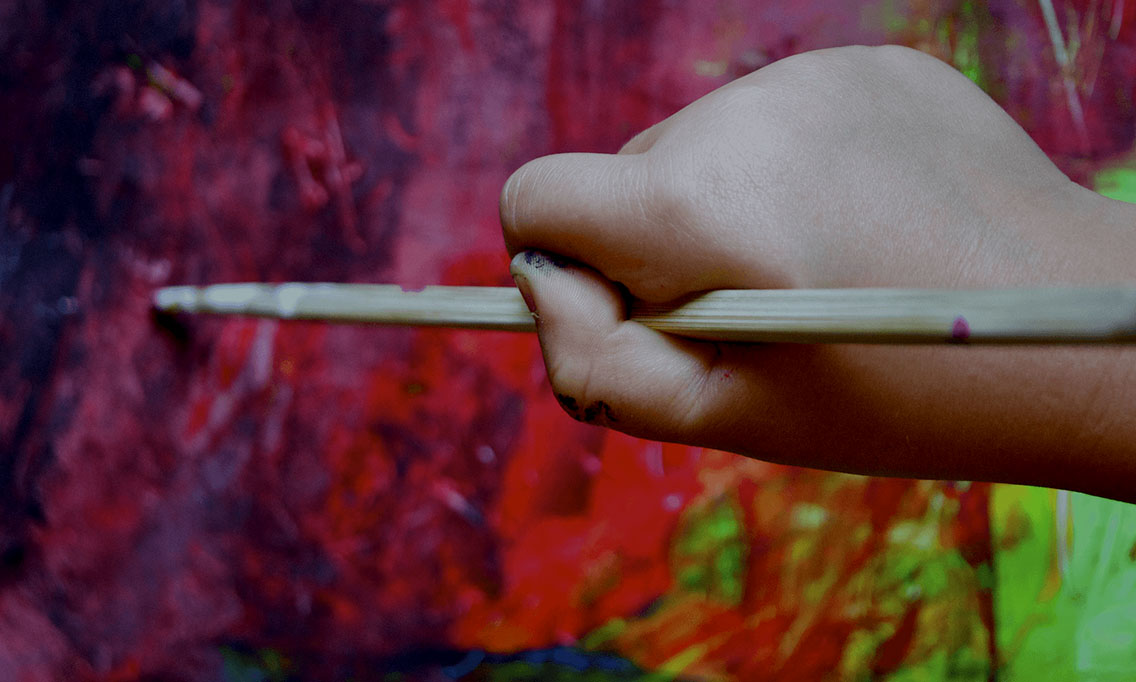 The annual Piedmont Craftsmen Fair has become one of Winston-Salem’s favorite fall traditions — and for good reason. What makes it so special, and why could this year’s event be one of the strongest yet?

It’s hard to imagine fall in Winston-Salem without the Piedmont Craftsmen Fair. Now in its 59th year, it’s become the city’s most anticipated annual art show and one of the “top 10 craft fairs in the country,” according to American Style Magazine.

Each year more than 100 artisans from across the Southeast set up shop at Benton Convention Center in downtown Winston-Salem, where they perform demonstrations, interact with shoppers, and sell one-of-a-kind works in a variety of mediums, including clay, wood, glass, fibers, leather, metal, photography, printmaking, and mixed media.

Held annually the weekend before Thanksgiving, the two-day event is organized annually by Piedmont Craftsmen Inc. (PCI), a Winston-Salem-based craft guild that launched in 1963. The guild currently represents nearly 400 talented artisans and runs a downtown gallery and shop in the heart of Winston-Salem’s Arts District (601 N. Trade St.).

With PCI gearing up for this year's fair (Nov. 19-20), we wanted to know what makes the fair so special to so many people. So, to get some different perspectives, we chatted with a longtime fair organizer (PCI president and CEO Jane Doub) and a longtime fair exhibitor (woodworker Bayley Wharton), as well as a regular fair attendee. The question we asked all three: “What makes Piedmont Craftsmen Fair so unique?” Here’s what they said.

Reason 1: The quality of the show is unmatched

For starters, it’s important to note that the Piedmont Craftsmen Fair (PCF) is a show run by a guild — not a promoter — which keeps the quality higher. “Promoter’s main interest can sometimes be filling their booths and bringing people through their doors,” says Jane Doub. “Our main goal  is putting together a show that is in the best interests of the craftspeople who are doing the show.”

Another thing that makes PCF a cut about most craft shows, Doub notes, is the two-part jury process each exhibiting member must go through. To sell works at the fair, artists must go through a juried process in which a 13-member committee reviews their work, and the standards are pretty strict. “The committee doesn’t just want artists who are masterful in their craft,” Doub says. “They want artists who are unique and innovative — ones that respect tradition, but also maybe do things a little bit different than anyone else.” SEE PARTICIPATING ARTISTS

Reason 2: The camaraderie between customer and craft-maker Furniture maker Bayley Wharton has spent decades attending and exhibiting at craft fairs throughout the Southeast, selling his woodcraft creations. While he said they all have their charms, he puts the Piedmont Craftsmen Fair in a class by itself.

“There’s nothing else like it; I’d put it up there with the top shows in the country in terms of the artists and the visitor experience,” says Wharton, a PCF regular since 1996. “There’s just a human experience you get at the show that you can’t replicate in any digital platform. You can pick something up, touch it, feel it, try it on, and even chat with the person who made it. I’ve made a lot of friendships over the years and see a lot of repeat customers.”

Doub agrees, adding that longtime artists like Wharton are a big part of the draw. “The camaraderie we see is very different than what you find at a lot of fairs, where you get a whole new crop of artists every year,” she says. “We have people call in all the time and asking about particular artists; 'Will they be there this year?’” Doub notes that many of the fair’s 2,500-plus attendees are repeat customers. Among them is Sarah Wood, who estimates she’s been “a dozen or so times” over the years and “always leaves satisfied.”

“I’ll do a lot of my holiday shopping at the fair,” he says. “If you’re looking for something unique … something with a story … something for ‘that person who has everything,’ you’ll find it there.”

In addition to perusing the aisles and booths, Wood makes it a point to view some of the live demonstrations happening on site — especially the jewelry-making demos.

“It’s so interesting to watch them work in real-time,” she says, adding that she’s purchased a few items made right before her. “There’s something really special about [the experience] — not only knowing who made an item, but how they made it and the thought process behind it.”

Reason 4: The show continues to evolve and improve

While tradition is certainly honored at the Piedmont Craftsmen Fair, the present is always in focus. Doub and other event organizers are constantly evolving the event, even if only subtly, to meet the needs of today. An example of this occurred last year when organizers unveiled an online interactive map to help fairgoers navigate the show. They’ve also added new complementary components in recent years, such as an open panel discussion for emerging craft artists who are considering guild memberships.

When asked about the event’s evolution over the years, Wharton says that the fair has grown a bit smaller over the past decade. “When I first joined, I think there were around 150 exhibitors, and now it's down to around 100,” he says. “But the quality has never wavered.”

Doub agrees. “We may not bring as many people through our doors as some other big shows in the region, but the people who do come know what they’re looking for. They’re serious buyers.”

Both Doub and Wharton are looking forward to returning to normal this year after COVID disrupted the previous two craft fairs.

“2020 was a real bummer, Wharton says, “having to cancel the in-person show and do it all virtual. I was worried that last year’s show might be a dud, too, because of the pandemic, but it was the complete opposite. The enthusiasm was just incredible, and the energy level was through the roof. I think people were so excited to get back together in person and feel ‘normal’ again, even with masks and other restrictions [last year]. I’m betting this year’s event will be even stronger, maybe one of our strongest ever. I really can’t wait.”

MAKE IT A WELL-CRAFTED WEEKEND!

Stay in one of Winston-Salem’s unique downtown hotels and enjoy more of what our city has to offer. Mark your calendars now for Piedmont Craftsmen’s 59th Fair at the Benton Convention Center, November 18-19, 2022. For a look at hotel packages, go here.