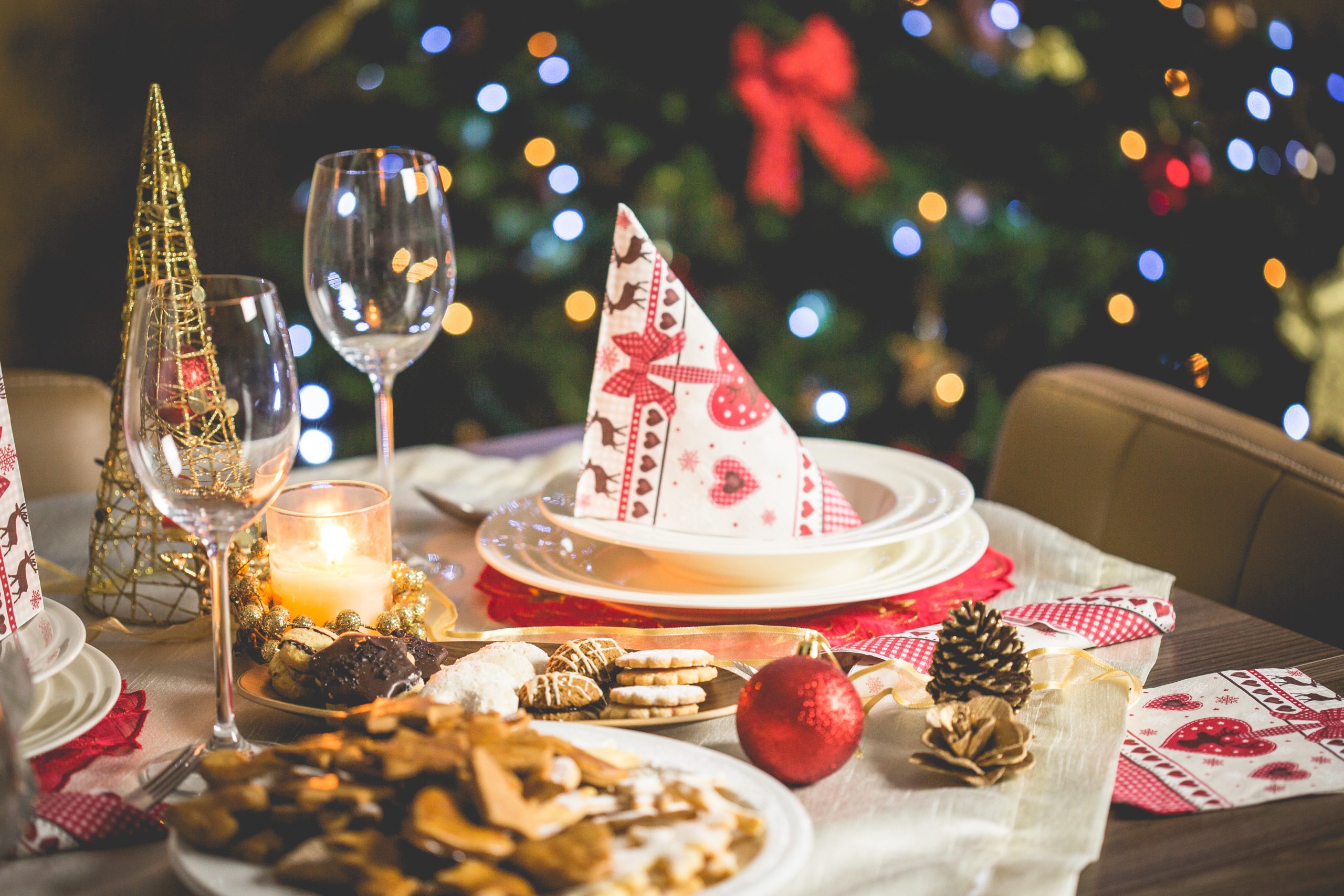 Editor’s Note: We were so taken about featuring beloved traditional holiday dishes from some of Winston-Salem’s top chefs, we didn’t even consider how difficult it would be to land on just three. So we enlisted Winston-Salem’s culinary man-about-town, Carroll Leggett, who expertly narrowed down the field to three amazing chefs who would willingly part with one of their tried and true holiday recipes. We hope you enjoy Carroll’s salty take on each chef, their recipe, and a side sampling of their homeplace.… one Cajun, one Caribbean, and one from the coal country of West Virginia. Proving once again, all culinary roads really do lead to Winston-Salem.

Some time ago, I started tagging my Facebook posts about the Winston-Salem dining scene, “Winston-Salem: The Piedmont’s Premier Dining Destination.” I expected a fierce debate to follow but, amazingly, not a peep. The battle was won and only my single shot was fired.

Winston-Salem today is a robust culinary community boasting chef-driven restaurants and devotees of farm-to-table that extend beyond the city center and its “Restaurant Row.” Scratch the surface ever so gently and you find the diversity and understand that no short visit is going to satisfy.

Graduates of touted schools such as the Culinary Institute of America, Johnson and Wales, and, close to home, respected Guilford Technical and Community College, run our kitchens. Chefs who cut culinary teeth in New York, France, New Orleans, Charleston, on the West Coast, and beyond delight diners here every day. Armed with my culinary holiday recipe challenge, I was delighted to sit down with three of our city’s chefs whose culinary chops are year-round gifts, and their shared stories and prized family recipes are icing on the holiday cake!

Jay Pierce, Executive Chef at Mozelle’s Fresh Southern Bistro, is out of Louisiana and the fifth living generation of Cajun stock who eventually gravitated to the New Orleans area. He remembers the pot of sausage gumbo that always simmered on the stove of his great grandmother, Esma Richoux.

Cajuns gather to eat, and traditional, big-batch dishes dominated. Hearty pots of Jambalaya. Perfectly simmered red beans and rice. Rich wild game stews. “At Thanksgiving and Christmastime, everyone brought their specialty. I remember several dressings – one with oysters, one without and another, a rice dressing – sort of like dirty rice,” Chef Pierce explained. “Great French bread and my aunt’s Black Forest cake. Cabbage.”

Although he has an arsenal full of his favorite holiday dishes, Oyster & Artichoke Soup is one of Chef Pierce’s holiday crowd-pleasing favorites. The fact that it also happens to be one of his dad’s “go-to” classics is a bonus. This velvety bowl of Cajun comfort food has earned the tried and true dishes stature and is an eagerly anticipated dish not to be missed each holiday on the Pierce family table.

Chef Greg Rollins certainly has the most impressive, elegant venue of any Winston-Salem chef.  For almost 20 years, he has spent his working hours at Graylyn Estate, the Normandy-style former residence of Bowman Gray, Sr. Although Graylyn is just a quick five minutes from downtown Winston-Salem, it’s a long way from Chef Rollins’ birthplace, the Caribbean island of Barbados. There, residents don’t celebrate Thanksgiving. Both Christmas and after it, Boxing Day, were joyful, lively occasions Chef Rollins often spent at his grandmother’s house.

Sweet potato pies were a tradition but always from white potatoes, not red. A colorful flat cake sported island flavors, pineapple rings, and cherries. Lamb, chicken, and pork shoulder that rested for a few days prior in a mix of onion, garlic, shallots, spices, and hot peppers graced the table with vegetables, squash and pumpkin, and a favorite of the islands – pigeon peas cooked with salt pork. Both sweet and savory breads were on the table. Gracing every holiday gathering was a lively rum-based sip. “Our tradition of rum drinks around the holidays is derived from early commerce with ‘the islands’ where no holiday would be complete without a rum punch,” said Chef Rollins.

Part whimsical poem, part recipe, Chef Rollins promises this fun Rum Punch will make quite the splash at your next holiday gathering!

Chef Niki Farrington of Niki's Pickles came from an entirely different direction – West Virginia – where she lived just down the hill from her grandmother’s house. After moving to Winston-Salem as a teenager, Chef Farrington fondly recalls her family’s focus on home-cooked holiday traditions.

It was a classic southern Thanksgiving. Turkey, dressing – lots of gravy – mashed potatoes, greens beans, deviled eggs, seven-layer salad, and a breadbasket brimming with warm Lunch Lady Rolls. According to Chef Farrington, these fresh from the oven rolls are the perfect pillows for a hearty swash of butter and the true staple of the holiday table each baked just like the beloved ladies at her high school cafeteria.

Today, Chef Farrington says her food is still “simple,” and she can taste her elders in it. “I prepare and present reasonable, comfortable, and delicious things – things diners understand."