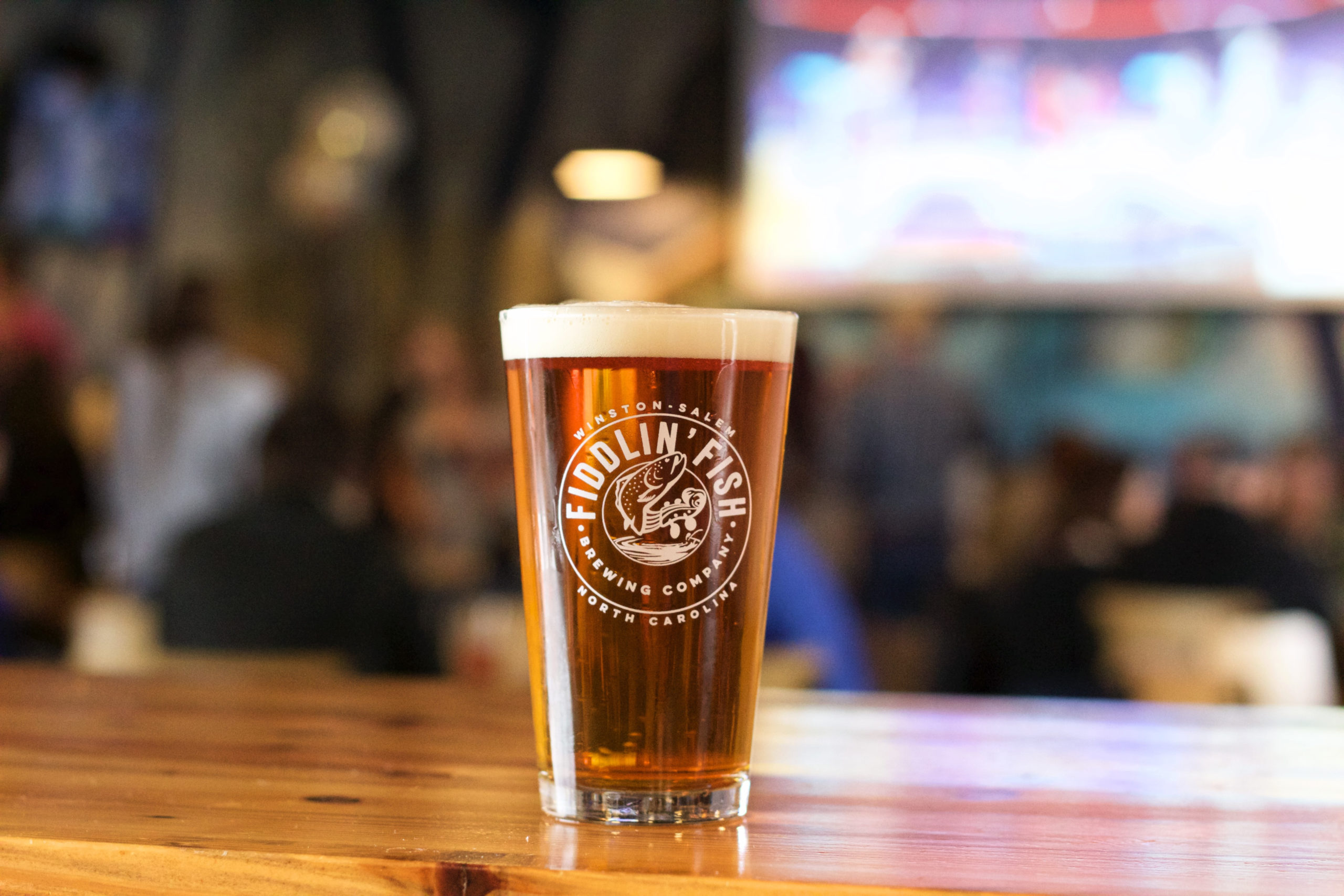 “What in the world is a Fiddlin’ Fish?” is a question that has come up time and time again since the brewery’s opening in August of 2017. Located in Winston-Salem’s eclectic Downtown Arts District, Fiddlin’ Fish Brewing Company is a small family business, founded by cousins David Ashe and Stuart Barnhart, along with Stuart’s wife Lindsay.

For generations, Bluegrass and Old Time music have been an integral part of the family’s culture, whose roots are in a small town in Southwest Virginia. Fiddlin’ Fish carries on the tradition with weekly open format Old Time jam sessions.

Now that we know where the Fiddle came from, what’s up with this fish? It’s more than a clever use of alliteration. The goal with Fiddlin’ Fish Brewing Company was always to make it an extension of the founders. Stuart and David are avid outdoorsmen – though the one outdoor activity that brought them together was fishing. Stuart, a skilled fisherman, and David, an enthusiastic novice, have always found common ground on the water.

The two concepts were married metaphorically and physically to become Fiddlin’ Fish Brewing Company. Since 2017, Fiddlin’ Fish has come into its own in a big way, with its taproom becoming a community hub in downtown Winston-Salem and with beer distribution reaching to other major NC beer hubs including Raleigh and Charlotte, and as far west as Boone. Despite the growth, the core values of Fiddlin’ Fish have remained the same: family values, passion for brewing, and sharing great beers with good people.

The taproom welcomes you with open arms and smiles greet you at the bar. Friends and families gather at all times of the day to enjoy the game, play a boardgame or listen to live music all while enjoying food truck fair. True to its tobacco warehouse roots, the taproom has an industrial feel, with an artistic flair, thanks to the mural by a local artist.

You can visit Fiddlin’ Fish Brewing Company at 772 Trade Street in the historic Big Winston Warehouse. You can also check them out online at fiddlinfish.com