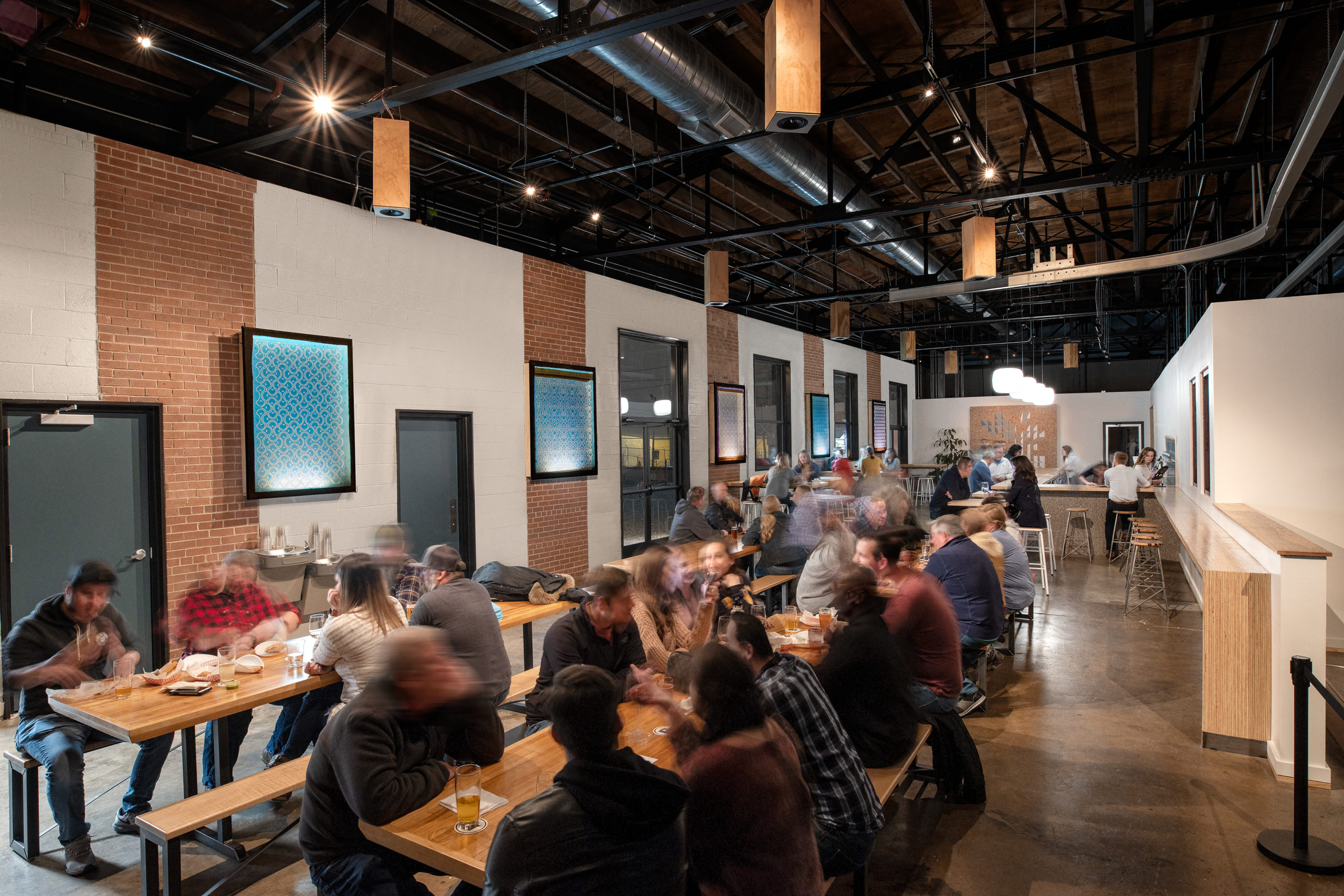 One Local Brewery to Add to Your Radar

Who better to give a rundown on Winston-Salem’s newest brewery on the scene than the husband-wife duo behind Sometimes Home? These craft beer enthusiasts travel far and wide for a hopped-up craft draft and Winston-Salem is no exception. Read on to learn about their recent visit to the newly opened, Radar Brewing and all you need to know to jump start your brewery excursions this spring.

By Mikkel and Dan Woodruff

If the history and convenient location of Winston-Salem lured us to visit the first time it was the breweries that wooed us back the second. The beer culture in this historic city is not only strong, it’s flourishing. They have one of the best selections of breweries we’ve seen in the world, which is why Winston-Salem is quickly gaining a reputation as a beer destination.

Thus, the second time we visited we knew we needed to make the main goal of the trip a self-guided tour of Winston-Salem breweries. It was during this time we got the inside scoop on Radar Brewing Company, which luckily for everyone, is now open to the public. Radar is the newest brewery to hit Winston-Salem’s craft beer scene and the eighth to join the Craft Draft Crawl lineup of downtown breweries.

As self-proclaimed craft beer aficionados and devout fans of this reinvented tobacco town, we jumped at the opportunity to meet the brewmasters and get the inside scoop. Take a sip of this…

Radar is located in one of Winston-Salem’s newest and hippest areas, Industry Hill – in an unassuming building with a history of storing NASCAR vehicles. Revitalized Industry Hill is bustling with new businesses from Earl’s southern inspired restaurant and live music venue, to Wise Man Brewing’s historic spot in the nearly 100 year old historic Angelo Bros. warehouse building, to the famed Black Mountain Chocolate factory. Radar has thoughtfully and intentionally made its home in this neighborhood. And the Winston Cup Museum, commemorating a 33-year history of the race of the same name and displaying NASCAR cars, is just half a lap away.

Though Radar is the newest brewery to open its doors, the combined brewing resumes of its three owners surpasses many other establishments nearby. Aaron Sizemore, Aaron Wall and Eric Peck are three friends who had a dream of opening a brewery together one day. Their collective experience with brewing at beer companies, including Foothills, Wicked Weed and Brooklyn Brewery, is notable.

You won’t find clutter amongst their space, whose size is approachable and won’t overwhelm you. One of the first noticeable design elements when you walk through their double doors is the pop of teal blue behind the bar. It’s a backsplash behind their draught taps and was created with hexagonal tiles and interlocking white lines, perhaps as if illustrations of radar waves were shooting between beer options. The woodwork on the bar is beautiful, comprised of two-inch pieces of plywood in two tones, expertly crafted to create the wrap-around focus of the space. The long, mostly communal tables were designed by Aaron Sizemore, who also shared that naming their brewery “Radar” was one for the easiest decisions they ever made.

The name “Radar” invokes a sense of discovery and innovation, which the owners shared is something they strive for in the beers they produce. It’s also significant to their design choices. Radar technology debuted in the 1930s; the height of “modern design” started around the same time, continuing well into the 1960s. They’ve taken cues from these decades to create the look and feel of the interior of the brewery that they tackled in-house.

The good stuff and reason for visiting, however, is their beer, for which they have house made options and several guest taps. Their focus is to partake in a classic style of brewing by utilizing an open fermentation system. If anything is common amongst the beers they offer it’s that a majority of them are from the Belgium style line up like their True Currency Saison, First Aid Belgium Golden, Belgian Dark Strong and Belgium Pale Ale. But if you prefer other styles hopefully something like their Reflection West Coast IPA, Void Imperial Stout or New Religion Session IPA are more your speed.

Radar Brewing Company is open seven days a week, and their daily food truck lineup can be found on their Facebook page.

Keep it on your radar.